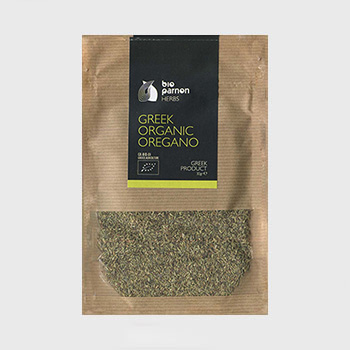 The name ‘Oregano’ derives from the Greek terms ‘oros’ which means mountain and ‘ganos’ which means brilliance, brightness, beauty. In other words, so appreciable was oregano for ancient Greeks that they thought that oregano made the mountains glow.

It is not surprising that, Hippocrates, an illustrious ancient Greek doctor, was accustomed to choose oregano for the treatment of many diseases, while nowadays Oregano is used:

The quality of oregano depends on two main factors::

Oregano thrives on a great number of Greek mountains. However, ‘BioParnon’ company chose Parnonas Mountain in order to cultivate oregano, because scientific measurements proved that, this mountain has the appropriate conditions for the growth and maintenance of oregano.

Its elaboration with a view to producing essence is enacted with caution and with the use of highly technological equipment so as to provide you intact the nourishments of oregano.

Many people are wondering what is that which makes the Greek oregano so special.

The answer is obvious. Oregano essence, to put it another way, the extract of oregano is the basis for the treatment of many diseases. Undoubtedly, the feature that makes oregano essence outstanding is its high content in carvacrol and thymol, two especially significant components for the human body.

Our methodical endeavor for the best quality of oregano has already been recognized by many people. Indeed, people who try oregano essence, point out thatit is the aroma of the authentic Greek oregano with flavor so intense that it numbs the end of your tongue, especially when it is fresh. As a result, it is used in many food recipes giving a strong taste, a distinctive scent and a unique quality which hardly can you find. Also, they add that:

The solution is found in nature. So, ‘BioParnon’ company does its best in order to bring the products of nature intact to you!