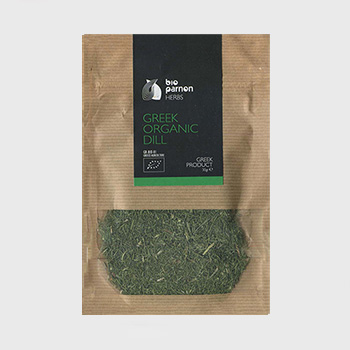 Dill is an annual plant, which its height reaches to 45-60 cm. It thrives in Mediterranean and Middle East. The useful part of the plant is the seed and the young leaves. Its leaves are triangular, thin and pointed. On the other hand, its seeds have an oval shape, with a width of 2-4mm.

It is deemed that dill helps in digestion and cleanses the breath, so it is out of question desirable to chew it after meals. It is used for the regulation of estrogen in the body and it helps in the production of breast milk. Also, the dill is:

At ancient times, in Greece, dill is named as ‘immoral’ and ‘anison’. Ancient Greeks produced perfume from its blossom while they added it in various wines which names are ‘anithitis wines’. In addition, the winners were crowned with branches of dill, while athletes anointed their bodies with the essence of the fruits of dill in order to relax and shield their muscles.

Nowadays, the plant is being used in cooking, salads, soups, sauces etc. It has licorice taste and sweet aroma. Additionally, it is admirable that, its flowers open like an umbrella.

Its characteristic flavor is similar to anise and its seeds are used in various meals while simultaneously, they can be maintained dried.

In pharmaceutical, its active is considered:

It is vital that you use BioPrnon’s Dill in order to avoid diseases which debilitate your organism!